Hello friends! Later this week I will be playing catch up and letting you know all the fun (and some not so fun) stuff going on in my life lately but now for some super fun stuff 😉

Last Thursday (Yes, Valentine’s Day) we had Lance’s Redeployment Ball – I was a little peeved that it was on a week day but overall it was a lot of fun! 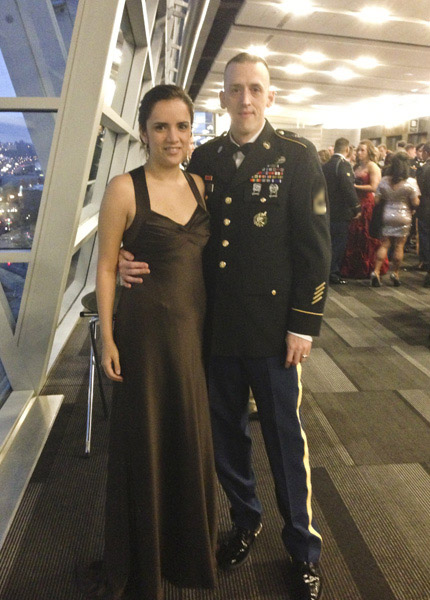 ME + THE COMMAND SERGEANT’S WIFE = BFF?

I met with another wife, M, from the unit around 2 and we went and got our hair done together, which was very nice. While she was getting her hair done I got to play with her little guy and we had lots of “conversations” haha. The fun story here is that there was another lady getting her hair done for the ball as well. After her hair was done, she introduced herself to us by first name and we talked for a minute.

While getting ready, I mentioned this to Lance and he was all like “whatever”.

Fast forward to the receiving line – Lance and I are making our way through the receiving line, followed by M and her husband when we get to the command sergeant and his wife. Well, the lady getting her hair done was the command sergeant’s wife and she about jumped off her shoes and hugged me when she was me haha and then I introduced her to Lance. Two seconds later, insert a super confused Lance asking me “How… do you *know* her?! You didn’t say she was the command sergeant’s wife!” Except, I didnt know since she just said her first name. I wish I could’ve taken a picture of his face haha.

You read the right friends – my dress was EIGHT. DOLLARS. – Let me teach you my ways friends… A couple of years ago, Lance and I were at Macy’s in Spokane where they have a whole floor full of clearance. Moreover, it was Black Friday so they had this amazing 60-80% off on already discounted stuff. I spotted this dress and I loved it but I saw the tag and it read “Calvin Klein” and I was like “Well, no way this is going to be cheap” The original price was almost $200 but it was down to $20 plus their Black Friday sale so it came down to $8! Lance was against it since “I didn’t need it, and would never wear it”Psssh! I knew we were bound to had a ball at some point haha 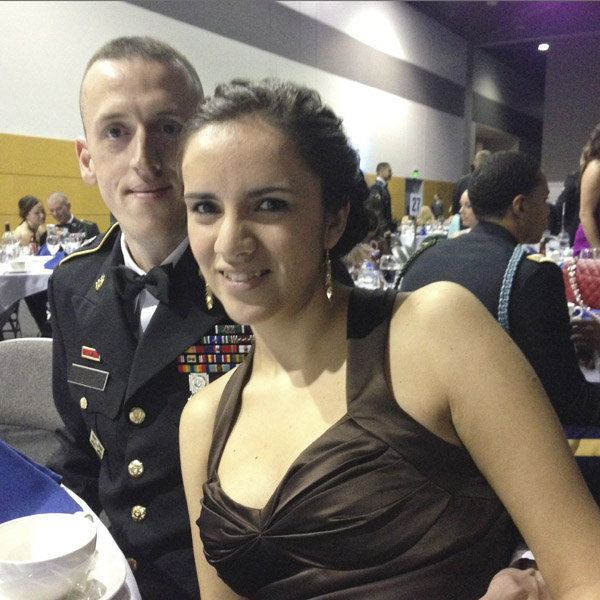 Lance and I had promised to one another that, since we had the ball and we were bound to spend too much money on it, we would not exchange presents. Well, that didn’t work out so well… I bought him two ties – on my defense they were half off. And Lance… this boy. He got me flowers, chocolate and… PEARLS. I just about died. I didn’t wear them with dress that night but I can’t wait until we go to dinner sometime and wear them. Eeep!

So yeah friends, I *was* a little peeved they decided to have the ball on Valentine’s day… a thursday but it turned out to be a pretty good day.

Hi there! I'm Fran and welcome to 259 West, lifestyle blog + design studio! This little place is parts blogging tips, printables, books, with a dash of life. I look forward to getting to know you!

Get monthly emails with insights into my life + latest blogging news.

This site uses Akismet to reduce spam. Learn how your comment data is processed.

Hi there! I'm Fran and welcome to 259 West, lifestyle blog + design studio! This little place is parts blogging tips, printables, books, with a dash of life. I look forward to getting to know you! Read More →