For the 1st and 2nd posts on this short series go here and here
This is actually the post that got it all started!
It’s kind of an on going joke throughout all of Chile that every Chilean is a poet.
Mostly because some great poets have come out of Chile.
Two of them, I’ll be talking about today.
1) Gabriela Mistral
Gabriela Mistral was a teacher until her poetry made her famous.
She then used this as a platform and has great influence in Mexican and Chilean educational systems.
She was also very active in cultural committees in the League of Nations.
She received The Nobel Prize in Literature in 1945 becoming the first Latin American and the fifth woman to receive such an honor.
Her poem – Yo no tengo soledad/I am not alone 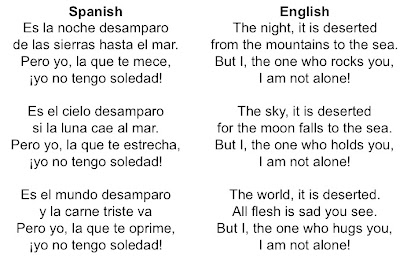 Definitely the best known poet from Chile.
He has actually been called “the greatest poet of the 20th century in any language” by writer Gabriel Garcia Marquez.
Pablo Neruda, aside from writing, held multiple diplomatic positions around the world.
He received The Nobel Prize in Literature in 1971, some of his best known poems from his 1924 collection Veinte Poemas de Amor y Una Cancion Desesperada/Twenty Love Poems and a Song of Despair.
He is most definitely my favorite poet and I’ll be sharing a couple of his poems.
The first comes is actually a poem I analyzed for my english class this past quarter and I fell in love with it. It’s called Dulce, Siempre/Sweetness, Always

Neruda’s second poem I’ll be sharing is probably one of his best known poems, for sure. It’s from his Twenty Love Poems Collection – it’s Sonnet XVII and we used it in our wedding program 🙂

Hope you are all having a good weekend!!
As for me? I’m off camping somewhere in Washington with the hubs and going to Zac Brown Band’s concert tonight at The Gorge.
Yes, it is my first time – expect some interesting posts full of pics! haha 🙂

Hi there! I'm Fran and welcome to 259 West, lifestyle blog + design studio! This little place is parts blogging tips, printables, books, with a dash of life. I look forward to getting to know you!

Get monthly emails with insights into my life + latest blogging news.

This site uses Akismet to reduce spam. Learn how your comment data is processed.

Hi there! I'm Fran and welcome to 259 West, lifestyle blog + design studio! This little place is parts blogging tips, printables, books, with a dash of life. I look forward to getting to know you! Read More →